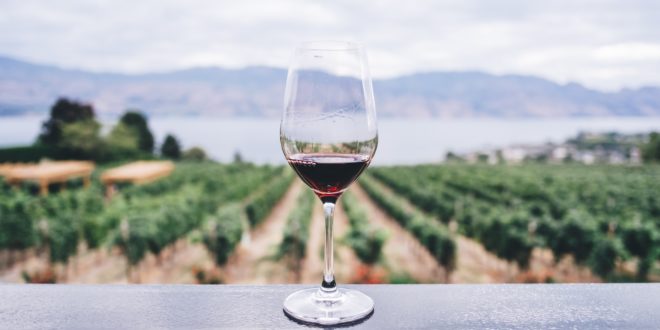 Why Wine Tourism Is Booming In Portugal

Portugal is a place famed for sunshine and beach holidays, making it one of the most popular holiday destinations in Europe. There is the Algarve, which is a region that spreads over 200 kilometres and is full of sandy beaches and crystal clear waters, but many don’t know that Portugal is a country with strong traditions when it comes to wine, with production going back almost 3,500 years. Thanks to natural and regional delicacies, Portugal revels in the production of sweet and delicious wines with hints of carob, almonds and figs, which sets them worlds apart from any other wines produced in other countries.

Rather than more traditional wine tasting hotspots, such as France and Italy, Portugal is now the hottest wine destination in Europe. For many years, Portugal has sat in the shadow of it’s more popular wine neighbours, but it is now becoming a top travel destination, and not just for the beaches.

The Douro region is sat in the north of Portugal, extending from Porto city across to the far-eastern border of Portugal. The Douro River runs throughout most of the region, carving its way through rocky valleys. This stunning landscape is also home to numerous wineries and vineyards which cover the hillsides and this region is the birthplace of Port Wine.

Douro is believed to be the oldest wine region in the world and dates back to 1756 and is recognised by UNESCO as a World Heritage site. There are many wineries located in the region, but each one is unique and different. With artisanal cheeses, stunning tasting rooms or smooth chocolate pairings, there are plenty of choices on offer. When it comes to wine and port, the Douro region doesn’t need much of an introduction to those in the know. It is no surprise that the wineries are part of the region’s culture and strong identity.

Just 100 kilometres from the airport of Lisbon, the Alentejo region takes up more than a third of Portugal’s mainland. Almost on the same level as Duoro, most of the fame of Portuguese wines come from the wines which originate in Alentejo and the surrounding sub-regions. Considered to be one of the most photogenic regions in Portugal, with vast oak trees, bright sunshine and terracotta colours. The white grapes that are grown in the Alentejo region include Arinto and Roupeiro, whilst red varieties are made up of the Aragonez and Trincadeira.

As Alentejo is the largest region in Portugal, naturally it comes with many wonders which are just waiting to be discovered. There are plenty of one-day tours that take place across Alentejo, which are great options should you be looking for a countryside wine experience, which is just a stone’s throw away from the capital. As well as these, there are some truly unique dining and wine tasting experiences in the region, including the Herdade do Esporão, where wine and history come together perfectly at this iconic and stunning estate. Sample some of the highest quality wines and visit the Esporão Tower, which dates back to the 1400s.

To the west of the Douro region, the Vinho Verde region is bordered by the Atlantic coast and the Minho River. The wine region of the Vinho Verde is at or just above sea level and is one of the largest wine regions in Europe, spanning 34,000 hectares, covering just about 8% of the country’s overall land surface. Vinho Verde, or Green Wines, is an area which is naturally blessed with mild temperatures which, along with the highly-acidic granitic soils and vast water supply, makes it an ideal terrain for the production of white wine.

Over the last 20 years, this region, in particular, has become famed for making top quality sparkling wines which are fresh and made with youthful fruit. Even though the direct translation to Green Wine, the Vinho Verde region actually refers to creating young wines, with many released just 3-6 months following a harvest.

Much like you’d expect from one of the largest wine regions in Europe, there are plenty of must-visit wineries and vineyards you should try and fit into your trip. Quinta da Aveleda is, currently, the largest exporting company in Vinho Verde and offers so much more than just wine. This beautiful estate is also famed for its gardens and parks, which are home to many different and rare species, with some being around for over 200 years. There are also some new and exciting organic wineries in the Vinho Verde region, with the Quinta do Ameal vineyard producing wine made exclusively from organic grapes which grow on the farm and are part of the estate’s wholly energy-efficient approach to traditional winemaking.

Lisbon is not only the capital city of Portugal, but it is also the largest. It’s located right in the centre of the country, around 400km from the Northern border of Spain and 300km from the southern region of the Algarve. Lisbon is known to be the second oldest capital city in Europe, just after Athens. Although it is a bustling city, Lisbon is actually quite famous for its wines. With one of the mildest climates in Europe, it enjoys 300 days of sunshine on average per year and, due to its close proximity to the Atlantic Ocean, the city manages to escape the high temperatures which some other Portuguese cities endure.

For wine and food lovers, Lisbon is the perfect destination for embarking on a wine tasting tour across the numerous wineries in and around the centre and quite often, the drinks are paired with a brunch or dinner experience within the grounds of the vineyards. Wine tours are perhaps one of the best ways to see and taste the numerous wineries on offer and there are many to choose from at various points in the city. If a tour isn’t your thing, then you could always rent one of the many luxury Algarve villas or stylish Lisbon hotels and venture out on your own to experience the vineyards and wineries, as well as get a taste for everything else that Portugal and The Algarve has to offer.

Hi all! John The Wine Guy here. I hope everyone is keeping well. I’ve been …