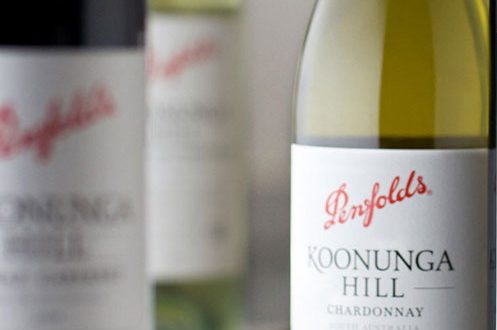 The name Chablis as with many French wines, does not refer to the grape variety, but to the region based around the small town of the same name.

Chablis is situated at the northern end of Burgundy in northern France. The northern climate can influence both yields and quality. Made solely from the Chardonnay grape, Chablis is always white and dry. At its best, it is one of the most enjoyable white wines. Outside the EU’s trade name protection influence, Chablis is used to describe wines of varying quality with no connection to the genuine article.

Chardonnay is a white grape which can range from a clean, crisp, buttery, vanilla flavour, to a rich and complex oak-aged flavour. Chardonnay typically balances fruit, acidity and texture. This variety goes well with everything from fish and poultry to cheeses, spicy foods and nut sauces.

As already mentioned, it the sole grape in Chablis. It is though, now universally known as wine under its own name. Possibly it has become too successful resulting in a consumer backlash, ABC – Anything But Chardonnay, this wasn’t necessary down to the quality and taste, but a reaction to the globalisation of wine that it represents. Ironically some drinkers that reject it, will happily quaff Chablis or Champagne!

Chardonnay has adapted well to different climates. It is blended with a variety of grapes and can be oaked all resulting in a variety of characteristics that can include; buttery, vanilla, lemon, nutty, spice and cream. It is widely grown in California, Australia, Italy and in southern France. It is also growing in South Africa and other wine regions around the world. At their best New World Chardonnay can compete at the highest levels. Some commercial brands are over oaked and disappointing.

Chardonnay blends include; most famously, Champagne where it the primary constituent usually blended with Pinot Noir and/or Pinot Meunier (which incidentally are actually red grapes). It also plays it’s part in Spain’s Cava with Macabeu, Parellada, Xarello. In Australia often with Semillon and with Garganega in Soave from Italy.