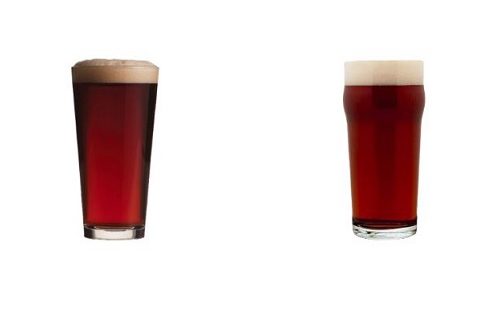 As the name suggests, these are dark brown beers, usually bottled. The name doesn’t describe a particular beer style, there were and still are quite a few different beers sharing the name. Most originally would have brown malt in the mash, now a blend of pale and dark malts is most likely.

Sales of bottled beer grew rapidly between the two world wars. Cheaper glass was one reason, another quality. Unlike draught beers, they weren’t at the mercy of a poor cellar keeper or worse still, an unscrupulous landlord watering down the beer. Livening up flat draught mild with a bottle of brown ale, so called “Brown and Mild,” was common until the 1960s.

The 1960s keg revolution hit bottled beer sales as well as those of cask conditioned draught ales as a result of this and brewer takeovers, many brands were lost.

Now, following the explosion in the number of microbreweries and the shift in purchasing from pub to supermarket, bottle beer sales are again booming. Brewers looking to offer something different are recreating old styles, including brown ales.

I have a strong affinity to this beer, it was my dad’s favorite as a child and quite likely the first beer I ever tasted. Mann, Crossman & Paulin later to merge with Watneys began brewing the beer around 1900. Their Whitechapel brewery closed in the 1970’s since then its found various homes, now it is safe hands at Marstons Brewery in Burton upon Trent.

Manns Brown Ale is at 3%, a lowish alcohol beer, with low hopping making it quite sweet. Originally it was about 4% like the similar brews from Whitbred, Watneys and other London brewers. 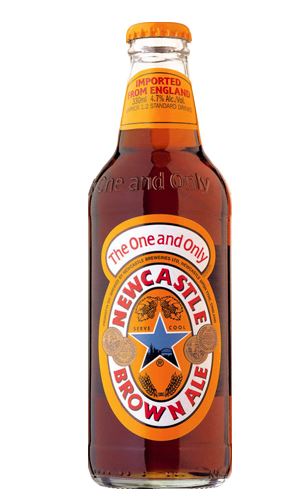 For many, this is Brown Ale. Newkie Brown using its common name dates from 1927. It is lightly hopped with a strength of 4.7%, the colour is more dark red than dark brown. Unusually it comes in clear bottles adorned with a distinctive label.

In the 1970s it was the definative drink in our growing universities enabling it to win national distribution and shed off its image as just a working man’s drink. Export sales grew, it’s one of the few British beers seen in bars in Europe and North America.

The Loss of the Newcastle Connection

Following the closure of the Tyne Brewery in 2005, brewing moved to nearby Gateshead. Having moved from its native city, it lost its European PGO status, a case of accountants winning over common sense! Worse was to come, after Heineken took control, it moved away from the North-East altogether. It is now brewed in Tadcaster at the old John Smiths brewery and at Heineken in Holland.

Now Newcastle Brown comes from Yorkshire, Double Maxim a long term rival, can claim to be the authentic north-east brown ale. The Maxim brewery make this and other former Vaux beers.

Another long term survivor is Nut Brown Ale by Sam Smiths, Yorkshire’s oldest brewer. Neighbours but nothing to do with John Smiths.

Hobgoblin by Wychwood, is more dark red than dark brown. According to Statista it outsells Newcastle Brown Ale. It’s a full bodied beer with complex flavours, one to sample.