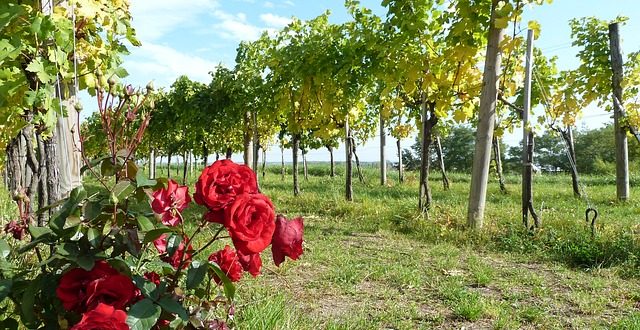 Wine Regions around the World

From the Old World of Europe to the New World here is our guide to the Worlds wine regions.

The main wine regions in Portugal are Vinho Verde, famous for it’s red wine as well as Douro and Dao in the north. There are other smaller wine growing areas across the country.

Portugal is home to the famous Port or Porto, (named after Portugal’s second largest city) and Madeira wines. Both are fortified, strong bodied yet sweet and thick wines ideal as after-dinner wines or “digestifs.”

Although synonymous with beer, Germany is a significant wine producer with an annual volume of about 20% of France’s. Germany is best known for fine sweet white wine from the Riesling grape. It also produces drier whites and some red wines. German wines are classified into four categories according to their quality, from Tafelwein to Qualitatswein mit Pradikat being the highest rating. Eiswein is made from frozen grapes.

The two most popular Spanish wine making regions are Rioja in Logrono with Navarra to its east in the north and Penedes near Barcelona in north-eastern Spain.

The most popular wines are the bright red Rioja wines and sparkling Cavas. Fortified Sherry wine comes from Jerez in the south near the coast.

The red wine grape, Tempranillo makes the full-bodied red wines associated with the Rioja, Ribera del Duero and Penedès regions. In the Levante region, (eastern Spain, near Benidorm), Monastrell and Bobal have significant plantings, to produce both dark red wines and dry rosé.

Italy is the largest producer of wine in the world. It’s main wine regions are Piedmont in northern Italy, Valle D’Aosta in north-west Italy and Trentino-Alto Adige and Veneto in north-east Italy. Not forgetting the classic Tuscany to the north in central Italy.

The most widely grown red wine grape of Piedmont is Barbera. Docetto, (its name meaning “little sweet”), grows along side Barbera and is suitable for everyday drinking. Trebbiano is the most popular white variety. It grows throughout the country and is an easy drinking wine that can age for 15+ years. It is known as Ugni Blanc in France.

From Bordeaux to Alsace, Burgundy to Beaujolais, Champagne, Languedoc and Cote de Rhone, France considers itself the world’s top wine region. France is just behind Italy in volume. The best way to explore these regions is to rent a car and drive through the countryside on your own to and from your bed and breakfast or chateaux.

With a growing history dating backs to the 1600’s, it’s hardly New World but it is only more recently their wines have made it internationally. Located nearby just east of Cape Town, wine regions of South Africa include Stellenbosch, Paarl and Worcester.

The climate is similar to Argentina, Chile and Australia’s wine regions. Since the end of apartheid, replanting of many vineyards with international varieties is underway. Historically known for its white Chenin Blanc and red Pinotage, the country is now gaining fame with Chardonnay, Sauvignon Blanc, Shiraz and Cabernet Sauvignon.

The wine growing regions situated on the east coast are Ontario, Quebec, and New York. While these are classic regions of “new world” wines, production in areas like Niagara and Prince Edward County in Ontario are becoming increasingly larger, being recognised internationally. Known for its sweet ice wines and ice ciders in Ontario and Quebec, these wine regions are littered with bed and breakfasts and cosy lodges for those visiting Niagara Falls and Montreal.

The most famous wine growing regions situated in the USA include California and Oregon with Washington and British Columbia not far behind. The Napa Valley and Sonoma regions in California are the largest wine-producing areas in the US.

The region offers small, family-owned, boutique wineries, that are neatly tucked and discovered only by curious visitors who come for sampling of their sublimely flavoured vintages.

The Andes Mountains and surrounding areas are fantastic wine growing regions, offering a variety from Maipo Valley, Valle Central in Chile to Patagonia and Mendoza in Argentina.

Mendoza is the largest wine-making region in Argentina, growing grapes such as Malbec, Tempranillo, Cabernet Sauvignon and Chardonnay. Mendoza has become one of Argentina’s top tourist destinations with numerous tourist friendly wineries providing free tours and tastings. Some wineries even provide accommodation.

Australia has taken the lead in the new world of wines with its mass production of spicy Shiraz wines and strong Cabernet Sauvignons. Hunter Valley, the largest wine production area in Australia, comparable to Napa Valley in California has over 60 wineries. This South Wales valley offers a fantastic selection of shops and restaurants, many of them overlooking luxurious vineyards, making it one of the most attractive and most visited wine regions in Australia.

Previous Getting rid of wine stains
Next The components of wine