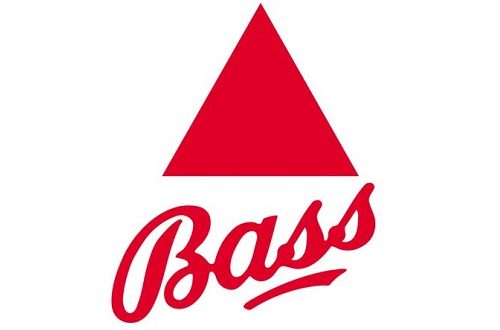 Bass – Once the world’s largest brewer

The Bass brewery was founded in 1777 by William Bass in Britain’s brewing capital, Burton on Trent. It grew to be the largest brewer in the world only to decline during the twentieth century.

It’s down to the water

Water or rather the chemicals in it, strongly influences a beer’s character. Prior to chemists mastering the art of conditioning water as needed for a particular type, several towns due to the nature of their natural waters, became centres for brewing. Burton dominated, the local water with its very high Calcium content was ideal for brewing popular pale ales was home to over thirty breweries. Public Houses up and down the country would advertise the availability of Burton brewed ales. Even London breweries got involved, giants of the time such as Trumans and Ind Coope acquired Burton breweries.

Water in a different way, also helped the Burton brewers. In the nineteenth century, Burton was central on the new canal system, the motorways of the age. Canals gave access to ports on the West and East coasts. The canals were used for the supply of raw materials and the distribution of beer for home and export.

Bass’s dominance of UK brewing was down to the quality of its products and it’s early adoption of marketing. The red triangle logo still used to today was registered in 1875, the first trade mark in the UK. In an era when most towns had a local brewery, Bass achieved national distribution. Such was the beers popularity, then as now, unscrupulous breweries attempted to fake the real thing.

Bottles of Bass beer are prominent in Édouard Manet’s painting “A Bar at the Folies-Bergère.”

By the mid nineteenth century, Bass was producing around 100,000 barrels (36 gallons per barrel) per year. By the end of the century, over 2,500 staff were producing around one million barrels and it could be found all over the world. It was one of the countries most recognisable exports. To cope with demand, extra brew houses were added, and an extensive private rail network used for transport across the 150 acre site. Such was the scale of beer transport to London, that storage was provided below the platforms in the then new London St Pancras station, now home to fashionable eateries and shops. Major rivals such as Worthington were acquired.

Bass was victim to declining beer sales, the end of the British Empire and with it our influence overseas but probably most importantly, the change in fashion from Ales to Lager styles. Compounding the problem was the many changes of ownership, mergers and takeovers. Bass did not ignore Lager, one takeover by Canadian Eddie Taylor was all about getting access to the UK market for his Carling Black Label.

A strong UK presence was maintained until the 1980’s through a series of takeovers including those of; Charringtons, Stones and Mitchells and Butler.

Bass is of course still available today, but now owned by the world’s largest brewer Anheuser-Busch InBev. It is still a major seller in the UK. The remaining brewing operation in Burton is now part of rival Coors. Marstons brew traditional draught Bass in Burton for InBeV. Bottled beers are produced at various locations around the world.

The lineage of the company continues as Intercontinental Hotels, the result of a diversification in 1988, buying the US based Holiday Inn hotel chain.

Previous Pub Closures
Next Time for Wine, the Beer is Off