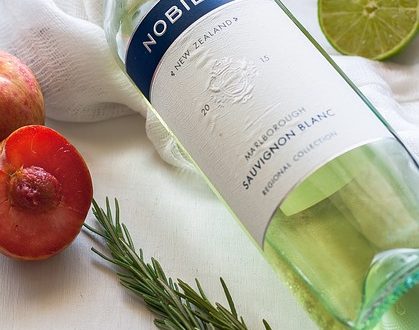 Lighter than Chardonnay, Sauvignon Blanc is best known for its grassy, herbal flavours, as well as gooseberry, apple, pear and lime. Less positively for an occasional catty odour. Sauvignon Blanc is a popular choice for fish, shellfish dishes, salads, cheese and poultry.

France’s Loire valley is the grape’ spiritual home. Sancerre and Pouilly-Fumé both demonstrate it at its best. Although popular in Bordeaux, it doesn’t reach the same success. It can be part of Sauternes and Barsac.

Here it has taken on two styles: The more traditional version, grassy with citrus tones and the alternative, sometimes called Fume Blanc, has more of a melon flavour thanks to oak ageing. Fume Blanc, although without any legal definition is generally sweeter.

New Zealand demonstrates what’s achievable with the grape. Their wines are tropical, fruity with gooseberry, fresh tasting with a distinctive bouquet. It’s their mastery of this grape particularly around Marlborough that has put the country among the world leaders.