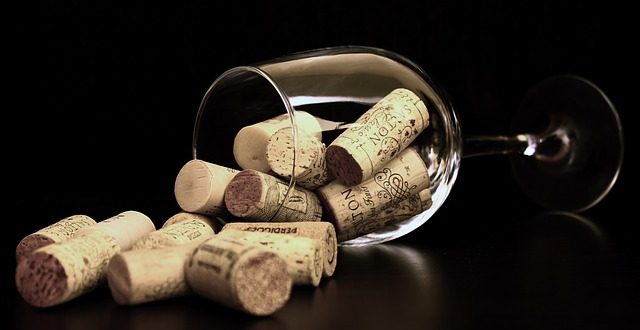 We are being told for the sake of our health to cut down on alcohol consumption. So instead of finishing the bottle at one meal, what is the best way to keep whats’s left for another day. We should also mention here the screwcap – it’s easier and more secure to re-seal with a screwcap then a cork or plastic stopper.

Once the cork has been pulled from that bottle of wine there is no going back. The wine is now exposed to oxygen in the air and this has the potential to cause the wine to deteriorate.

Very old wine is quite fragile and once exposed to the air, within minutes it can quickly lose a great deal of its characteristics and bouquet. It is daft to expect an old wine to survive from one day to the next.

A young wine however, is likely to benefit from the exposure to the air at first. Decanting the wine into a suitable container helps to soften the tannins, and allows the bouquet to develop. The methods for preserving wine are for the vast majority of younger wines.  Sturdier, younger wines which, for most of us at least, include the vast majority of our drinking, are suitable for these methods.

Like most foods, wine can be preserved by placing it in the fridge. A wine kept at a cool temperature slows down chemical reactions, hence the oxidation process. Lowering the temperature of wine can also cause acetic bacteria, which is when the wine is converted into vinegar. Placing left over wine in the fridge is vital for preserving it for the following day. However, there are techniques which go further towards preserving wine which involve lessening the effect of oxygen more directly.

Putting the cork back onto your half empty bottle of wine and sticking it in the fridge does slow down the oxidation process somewhat, however, it may be better to decant the wine from its full bottle to a smaller bottle and re-cork. By doing this method, you lessen the amount of oxygen in contact with the wine, since there is only a small amount between the top of the wine and the cork.

Some people question this method, arguing that the contact between oxygen and wine, when pouring the wine into a small bottle, outweighs any benefit that is gained from the smaller volume of air in the small bottle. Of course, there is no evidence either way, however, personal experience suggests decanting works, allowing for a couple more days of preserving.

This method goes a step further from decanting as it removes all the oxygen in contact with the wine using a vacuum. A specially designed rubber stopper is inserted into the neck of the bottle after a simple pump is used to extract the air. As this is such a simple device, only partial vacuuming is achieved. This is a common technique due to the equipment being inexpensive and available in most supermarkets.

However, some argue that this process can make the wine duller and flatter, losing some of its aroma. The reasoning for this is, when using the vacuum pump, it is quite common to see a steady paced flow of bubbles rising up to the surface of the wine. This is dissolved gas, such as carbon dioxide, which, under the reduced pressure, is exposed and lost. The wine’s aromas can also be lost, because storing the wine under partial vacuum causes these aromas to evaporate.

This technique is for the serious wine lover! A quick squirt from a cylinder of compressed nitrogen helps protect an opened bottle of wine for weeks, even months. It’s not too costly and all you need is a nitrogen bottle, which you can most likely buy from any wine shop. Insert the straw into the neck of the bottle, give it a few short bursts and then re-cork. There are mixed views regarding this technique, some suggesting that the nitrogen may have a damaging effect, mainly on the less, robust, older wines. However, on the other hand, this technique is said to produce great results, allowing you to keep wine for up to five months. There’s only one way to find out! (However, very few of us have occasion to use liquid nitrogen in the kitchen, unless having been on a cookery course with Heston Blumenthal.)

One exception to all these preserving solution is sparkling wine. It would be unwise to try and decant a bottle of sparkling wine, resulting in the loss of more fizz. The use of nitrogen is most defiantly unnecessary, since sparking wine is already carbonated and already containing gas, you don’t need to add more. Simply re-cork or use a pressure cap, put in the fridge and it should last for up to 10 days.