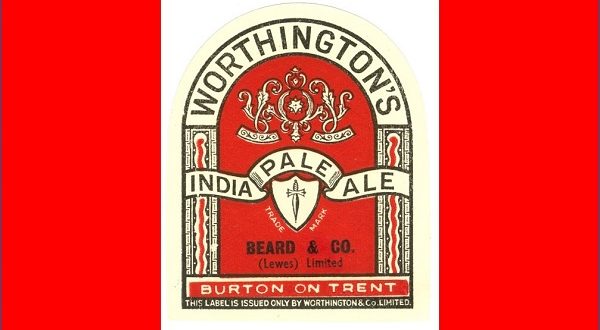 In any good bar, there is a good chance that one of the beers on offer will have IPA in it’s name. India Pale Ale to use the full description has a long history. After being misrepresented for decades by mass produced session beers, authentic IPA’s are again readily available to sample.

London brewers Hodgson are usually given credit (not necessarily correctly)  for it’s invention back in the late eighteenth century. The challenge was to brew a beer to satisfy the thirst of our troops in India. The Indian climate was too hot to brew locally and during the long voyage by sailing ship, existing beers went off. Brewers such as Hodgson’s met the challenge by producing a strongish beer made with much more hops. Hops have two properties, they act as a preservative and they add bitterness.

During the latter twentieth century with tastes changing, many authentic India Pale Ales disappeared. Now though through the growth of artisan brewers excellent examples are again on offer.

Back in the 1820’s the Worthington brewery in Britain’s brewing capital, Burton upon Trent first brewed White Shield. Despite many changes of ownership, brewing of the beer more or less to the same recipe continues today. It’s widely available in supermarkets so if you want to sample an authentic India Pale Ale from the nineeenth century, this is your chance. Take care pouring it out, true to tradition it relies on secondary fermentation in the bottle to get it’s sparkle. Bottle Conditioned beers are less fizzy the nearest thing to bottled real ale, it’s basically the same process that champagne producers use.

One sad break from tradition, is the label. For some inexplicable reason, a label as distinctive as Lyles Golden Syrup is lost to a nondescript corporate style.

Artisan brewers both sides of the Atlantic saw the styles potential, many of them are producing versions, some more authentic than others. A true IPA should be around 6% alcohol and distinctly bitter and refreshing.